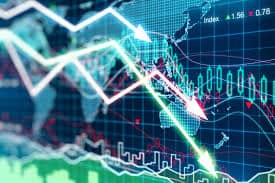 We’ve briefly mentioned what the ways are in which a company deals with its traders once it completes their IPO (initial public offering). It immediately offers their shares and makes them available to the public. Now, let’s move on to some of the more basic approaches to stock trading. To start with, we’ll define what it is and then move on to some additional features.

A stock market is a place where a buyer and a seller meet in order to discuss the trading price. In most cases, the stock exchange is completely virtual and consist of multiple intersected computer networks. However, there is no exclusion of the use of physical locations as there are some traders who operate on a trading floor.

Typically known as the ‘’secondary markets’’, stock markets offer people a chance to buy and sell multiple securities which are already in their possession. An important point to consider is that it’s quite uncommon for a corporation to buy and sell their shares regularly.

London, Antwerp, and Amsterdam were the first trading hubs to have featured stock markets. Their first appearance was in Europe in a period between 16th and 17th century. Since the number of companies that were issuing equity was significantly small at the time, stock exchanges usually resorted to bond exchanges. Most corporations are partially public. It’s only after (during the late 18th century) that stock markets started appearing all around American. One such is NYSE (New York Stock Exchange) the founding of which was originally in 1792. 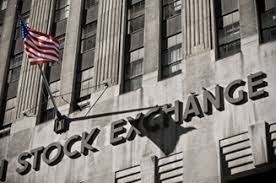 This brought an influx of fresh stock market traders whose actions contributed a lot to how the entire trading system works nowadays. The result of this is that many sellers and buyers today know that they’ll get reasonable and valid prices for their transactions. Currently, there’s plenty of stock exchanges throughout the world (especially in the U.S.). All these happen to be interconnected. This system ensures high levels of stability and efficiency of the whole platform.

In addition to this, there are many bulletin boards (otherwise known as exchanges which are based on a loose regulation) the acronym of which is OTCBB. What OTCBB does is that it expands the list of companies by allowing listing of those who do not meet the criteria. This means that companies need to have decent and relevant experience in order to perform larger exchanges. Stock exchanges are usually referred to as non-government or self-regulated organizations which can successfully integrate into the whole industry.

Another important thing about the stock trade is that most share prices are set through the process of auction, that allows for potential bidders to place their offers or bids. Bid refers to the buying price, while offer refers to the selling one. A bargain is struck once both sides make an agreement.

There are many instances of people who are relying on a professional trader who will place bids and offers in their place. The reason behind this is that it’s difficult to find a buyer and a seller whose interests match. Many call these professionals market makers (or specialists). The third sub-point of a bargain is the spread. The spread denotes the fluctuation of the price between the offer and the bid. 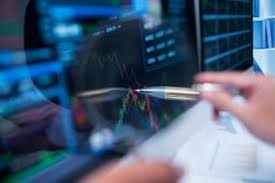 Have in mind that there’s a great number of people who concern themselves with indexes. These indexes (otherwise known as stock indices) mark the accumulated worth (prices) of various stocks. One of the major indices is DJIA (Dow Jones Industrial Average), which is an index that consists of 30 corporations from America. Indice trade is possible either through a future market or traded funds.